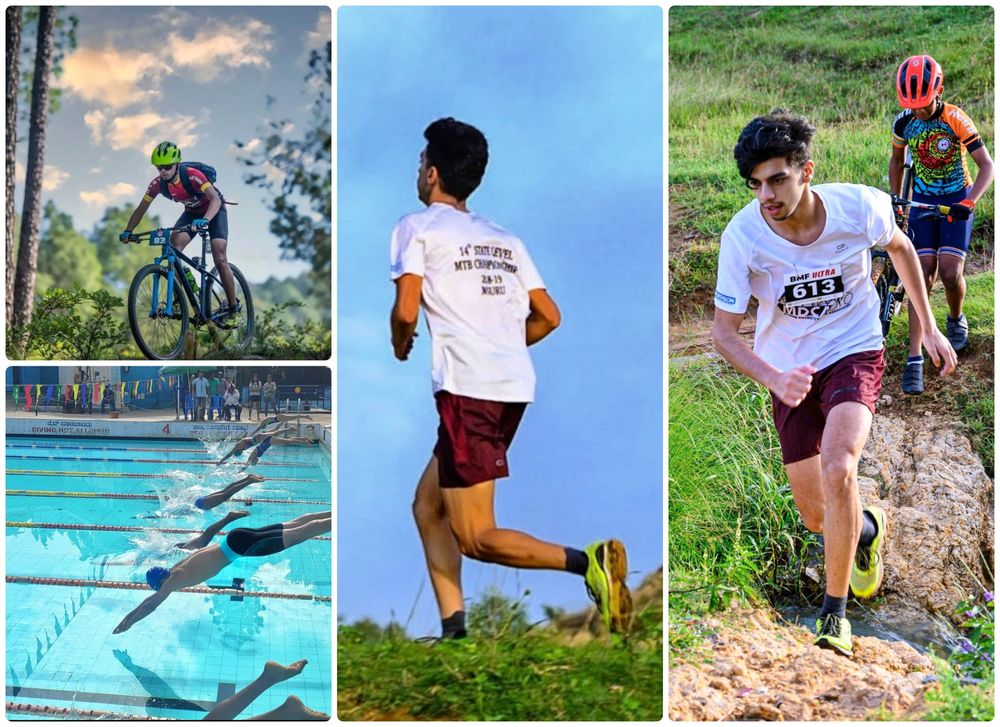 Sohail Ansari, a fresh computer science, and engineering graduate, and a former Dell employee. In his college years, he excelled in swimming and cycling reaching the state level. Since he had aced these activities, he thought of giving triathlons a shot as one of his friends already use to run half marathons and was aware of this event. A couple of years ago, he tried his first triathlon - 400m swimming, 5K cycling, and 5K running. Even though he secured the 3rd position out of the 80 participants, he realised how bad he was at running and that others were comparatively so fast. He decided to bring running at par with his other two sports which he had mastered over 4 years of his college.

“I used to suck at running and that’s when I figured out I need to get more into running.”

In the last 2 years, he has covered 1,500 kms and goes for a run twice a week for a distance of 10K. When he started running for the first time, he remembered gasping for air after 1 or 2 km. Sohail thought he had a solid athletic background to face any difficulty stamina-wise, physic-wise, or energy-wise.

“But all three sports are different domains and you always start as a noob.”

He recalls experiencing severe leg soreness that kept him off the tracks for 10/12 days when he had just started it and that stretching has helped him in his recovery. He has made stretching his pre-run mantra for life. Luckily these afflictions didn’t affect his other two sports.

He went for an Olympic-distance triathlon, 1.5K swimming, 40K cycling, and 10K running race in 2019 and came 7th and the consecutive year, 4th. He ran a full marathon under 4 hours when he wasn’t even into running that much. Last month in Bangalore, he did the Bangalore Mountain Festival ultra 60K without any practice to experiment, observe and analyse his capacity. For the first 30K, his run was smooth as a glider which he finished in 2hr 30min but in the later 30, the soreness in his legs and depletion of his energy at a high rate made him question his decision.

“Maybe I’m not meant for running, maybe I’m pushing myself way too much. I should quit.”

Such thoughts flooded his mind while he continued walking, taking halts at the water stations running, walking again, and somehow managing to cross the finish line.  He completed this event in 7 hrs and even secured the 2nd position. This potential in him is like a raw diamond that needed to be polished.

“Completing a race is simply a challenge.”

Right now, Sohail has been training and polishing for his upcoming 100K challenge in 6 months.