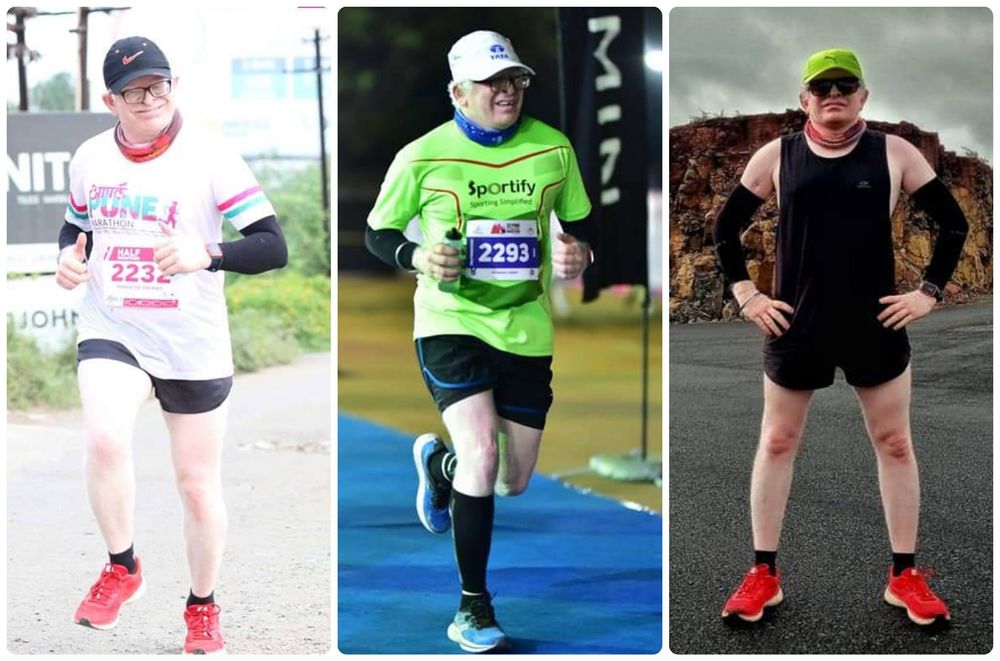 Mangesh Thorat, 45 year old from Pune, is very passionate about running. He has an agency of pest control which provides pest control services to domestic and commercial sectors. His running story marked its beginning in the year 2018. Due to his jam-packed work schedule, he gained a lot of weight and also his routine became unstable. He thought of starting with a simple walk and then began with that. Running was not his sport as he had never ran even in his school days.

He then got to know about the Sportify Running Community in Dhanori; his friend was a part of the group and he asked him to give running a try. Running for even 50 metres was hard for Mangesh and that's why he used to hide himself from the community thinking that he can't run. His friend finally convinced him to run by saying that he can try running for a week and if he feels comfortable, then only he can continue. Mangesh joined the community and slowly got into the field of running; and he started to believe in himself that he has the potential to run. Starting from 10K, he gradually made his way to a full marathon.

"It was the most wonderful feeling when I finished my first ever 10K run."

His first official run was a 10K in Magarpatta. He used to run about 6-7 kilometres and thought he wasn't ready to cover the distance of 10 kilometres. His friends encouraged him to do it, and he completed the run in 73 minutes. That was the point when he realized that running is the activity he wants to continue doing in life as the way he felt after finishing the run was the most wonderful moment of his life.

"It became a nostalgic moment when I was given the finisher's medal after my run. I felt like a kid who used to get medals in school for painting."

The running journey which initially started because of Mangesh being overweight has now come to a point where he feels that this activity has become his addiction. Mangesh is now very health conscious, and also the pandemic made everyone, including him, realize that health truly is wealth. He feels that running is something that takes you to a different world and also it doesn't require any technicalities, so people can simply start running.

"Once you start running, you'll feel the addiction that comes with it."

Mangesh has albinism which is a rare genetic condition caused by mutations of certain genes that affect the amount of melanin the body produces. He remembers that the children in his school used to treat him differently and make him feel very alienated because of his condition; people would think that he is a foreigner and avoid talking to him. Despite facing all of this, Mangesh grew to accept himself the way he is and now feels comfortable in his own skin. When he started running, he created a hashtag that is #RoyalAlbinoStag, which clearly shows that he has accepted his condition and is proud of himself. Due to Albinism, a person can also face problems from exposure to sun. When Mangesh was in school, sun exposure used to affect him a little bit. After growing up, as he was working and going for sales and marketing, sunrays started to affect him but soon he got adapted to that exposure. While going for half marathons, he wears arm sleeves to protect his skin. Usually this situation doesn't come as he finishes his run by 4.30- 5 am before the sunrise and goes for long runs only on Saturdays.

"Traffic, rain, sun - they all are natural things and they happen. I can't miss my training because of them."

"Age doesn't matter, your desire to run does."

Mangesh's goal is to run and finish a 100K ultrarun in 24 hours. He did register for the Tata Ultra Run but couldn't go for it. He has never run an ultra run officially though he has covered some distances alone.