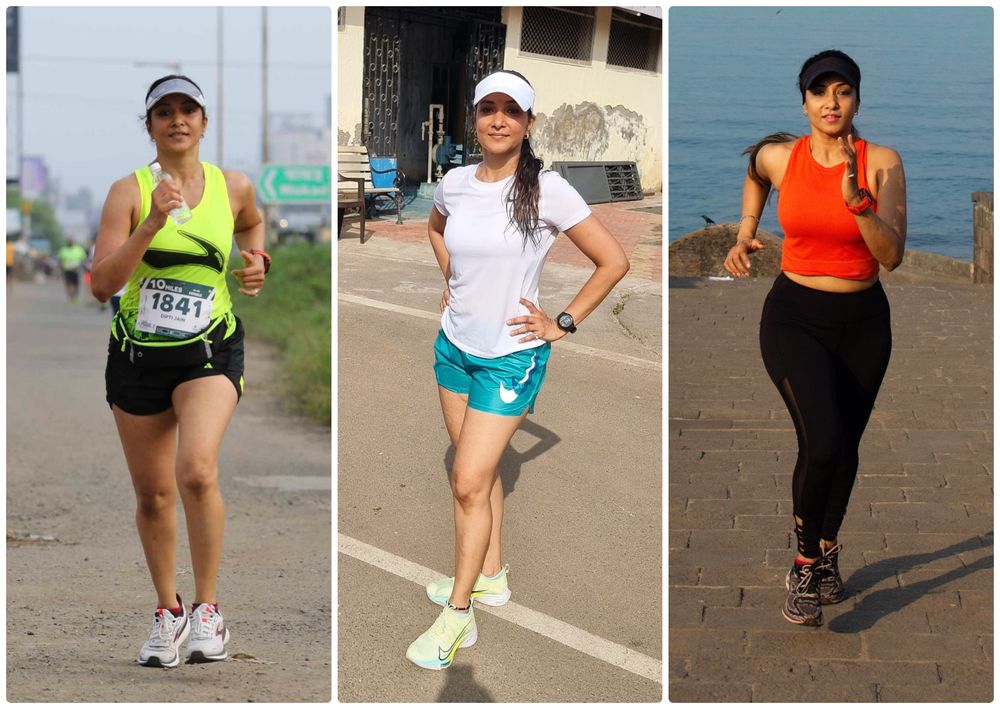 Dipti Jain, a mother of two, a thepla lover, once used to be a house of malady. Back in 2007, Dipti fell prey to hypothyroidism which created a lot of digestive problems due to the spike in her antibodies resulting in numerous connective issues and side effects. After she gave birth to her second child in 2010, Dipti suffered from Helicobacter pylori (H. pylori), an infection triggered by hypothyroidism where she couldn't consume enough food. Later, she also developed cervical issues for 3 years where her dizziness had overtaken her complete system. She could hardly walk or sleep and ended up gaining a lot of weight.

One of her friends suggested she consult a nutritionist. During meeting one, Dipti realized she had to correct her diet by including more healthy and fiber-rich food and take up a few exercises to build up strength. In order to improve her metabolism, she had to do a lot of cardio workouts which is when she began running. In Dec 2016, Dipti did her first 10K at Pinkathon and clocked in 1hr 6min without even practicing for it!

“Running was a major cardio that helped me out and gave me my lost confidence.”

Out of all the events she has run, TMM has been her personal favourite but despises the overcrowding. She prefers outstation events and relished the challenges she faced in Satara Hill Half Marathon. Recently, she ran a 21K Pune Half Marathon that has a tough route but Dipti took up this challenge gracefully and even achieved her personal best without any break. There she met many of her followers, motivated by her, and ran for the first time.

Dipti also started gymming so as to build her muscle strength that she had lost to hypothyroidism. Slowly and gradually she started to see signs of amelioration. In lockdown, Dipti faced a major breathing problem caused due to gastric issues. She began practising yoga and felt like she found what she was looking for, for so many years. She loved how connected her mind and her body became and how balanced her inner and physical strength felt.

“Both (running and yoga) go hand in hand.”

She trained professionally to become a yoga instructor herself. This helped her in resolving her breathing issues. Dipti believes that running and yoga are interconnected. After running, the leg muscles and lower back often become sore and stiff. By doing yoga on the recovery days, the extensive stretches help one heal and recover from the injuries with ease. All three physical exertions - running, gymming, and yoga - helped Dipti fight all her health problems.

“Every run I’m challenging myself to make my timing better now because earlier it was to challenge my health.”

Dipti raises her concerns over the management and organisation of any event she has done. She strongly believes that runners should be provided with a structured route, systematic hydration units, and high fiber and healthy carb food like fruits or thepla rather than some upma or idli which by the time of consumption becomes acidic and might backfire on the runner's health.

As of now, she is planning only for half marathons as she is more inclined towards yoga and the flexibility it offers. For ultras, she would have to practise beyond running. Her husband and her house help have been her biggest supporters throughout her running journey.