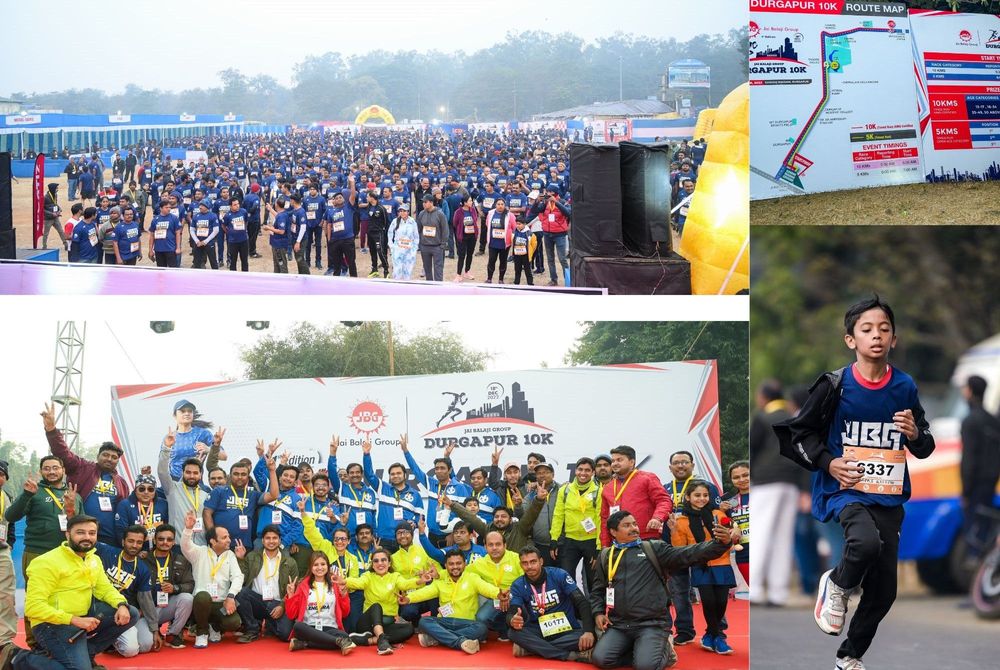 Hosted by The Jai Balaji group and sportiz, Durgapur 10k reflected the form of an AIMS-qualified 10k race, which was held on 18th December 2022 in the beautiful by-the-lake-city of West Bengal– “Durgapur”. “The Ruhr of India”. This race comprised two categories divided by the race distance. The first category was 5km and the second was 10km. Durgapur 10k was a timed race that welcomed 30 Podium winners, 24 and 6 Podium in 10 km and 5 km categories respectively.

Durgapur 10k event on 18 December welcomed up to 2000 athletes running in all the categories, The race was divided into 2 based on the distance. The first race was 10km which reflected the form of an AIMS-qualified 10k race. The awardees were chosen based on gender and age.

The results of the 10km race category are below:

The second race category of the Durgapur 10k event was 5km and was seen a very large number of participants from all around. The results of this race were awarded separately for males and females.

The results of the 5km race category are below.

The results from each age group are given below.

Durgapur 10k started from the Gandhi maidan ground  and crossed locations such as NIT Durgapur, DR BR Ambedkar Stadium, Caramel School, and a beautiful KMP lake on its way. The prize pool consisted of more than 2 Lakhs and was distributed by the organizers. The athletes, altogether with the organizers and the supportive crowd played crucial parts in making the Durgapur 10k event a huge success.

Here is some sneak peeks of the winners!

The price pool Durgapur 10k had was up to 2 Lakh, divided among the top runners. The first prize under the 10km timed-race category consisted of 10,000rs as the cash prize for both males and females, whereas the second and third ranks were rewarded with 7,000 and 4,000 respectively.

Moreover, in the 5km timed-race category, the first ranker was rewarded with 7,000 as a cash prize, whereas the second and third rankers were rewarded with 5,000 and 3,000 respectively. The dignitaries were the respected police heads and commissioners.

Every athlete who ran in the Durgapur 10k was also awarded medals and goodies!