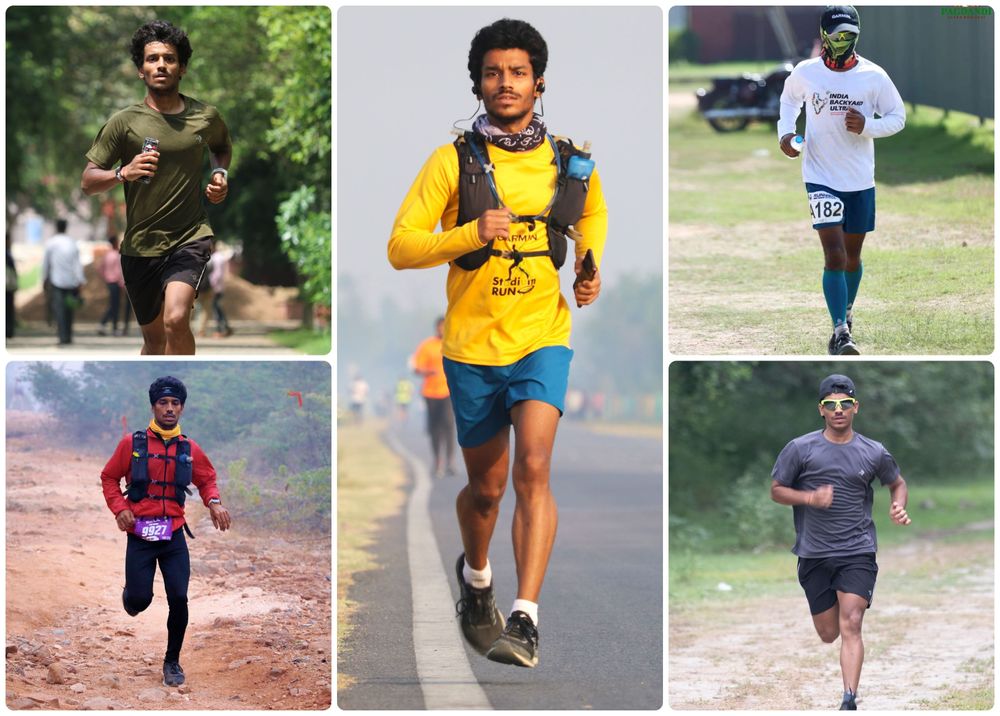 Yash Mishra, originally from Kanpur, is a 20-year-old pursuing his degree in Sports Science in Gurgaon, Haryana. In 2013, he was diagnosed with asthma. Just like every year, his school was conducting its annual Sports Week in which he wanted to participate in the 800m run. Due to his health condition, he was skeptical but decided to go for it anyways. He trained for two months. He had a podium finish on the final day which really boosted his confidence.

From, “I couldn’t even run 500m without losing my breath or feeling like my lungs will come out” to “I should keep going” his running journey began in 2016. Initially, he started without any guidance or coach and ended up getting injured to the point of being bedridden for two months. He has sustained all kinds of injuries marking them as mistakes to learn from. In 2017, he kind of had the realization that running was helping him conquer his asthma and which is when he hired a coach. For a month, after tolerating the coaches' biasness, he started self-training. Being a school kid, he had a busy schedule. He used to train for hours after attending the school where his peers made fun of him.

“But I knew it would be worth it in the end.”

Yash has run ample 10K and half marathons. By 2019, Yash felt that he had gained sufficient exposure on how to run with all the correct postures, forms, and breathing techniques that suited him. The career path he finalised is helping him improve and upgrade his knowledge and exposure every day. He is an assistant manager at a sports arena making his days even more hectic.

“It’s tough to balance but it’s not like I don't want to run; it’s more like I have to because for me, consistency is everything.”

He had trained and ran marathon distances for a long time now and registered for a 6-hr stadium run. However, he went in for a 12-hr instead, marking it as his first Ultra, on 1 March 2020, just before lockdown. He went with a few chocolates and energy drinks, a pair of shoes, and socks in his school bag. After 7 hours, the blood apparently stopped flowing in his legs and he also ended up getting a slip disc. After doing physio for around 20 minutes, he started to run again and covered 91 kms. On 2 Dec 2022, he did his second 12-hr stadium run in Lucknow and even secured the 3rd position covering a distance of 106 kms. He relishes this achievement to date.

“It was like just experiencing the pain and pushing myself beyond me.”

As of now, he is only into ultras and has completed eight till now. In September 2021, he did the 12-hr night run at Panchgaon, Haryana with a distance of 91 kms. Humidity and an obscure pathway made the run more challenging for him but he overcame them fearlessly. In December 2021, he attempted the Aravali Trail Run and procured the 3rd position under the category run with a distance of 83 kms. He cleared the Pagdandi Ultra, Gurgaon, 24-hr trail run, and Kanpur Ultra, relay run with the distance of 152 kms and 230 kms respectively.

“I run ultras to experience pain and hallucination, the runner’s high. No whiskey or beer will hit you to that level.”

This year, in Jan, he did 15 non-stop loops, covering 6.7 kms in the jungle at India’s Backyard Ultra, a qualifying race for the Big’s Backyard version. In April, he attempted the world record of running, from Kanpur to Pokhara, Nepal, a 720-km relay run. He ran above 700 km in 61hr 32min and received India's book of record certificate. Currently, he is only focusing on his training for the 24-hr stadium run at Delhi this December which is a qualifying race for the World Championship.

“I was my only supporter.”

Due to a lack of family support at first, he hid his athletic wear in between his books and went for training. It was when Yash won tournaments and witnessed improvements in his health with declining bills to pay, that his family started supporting him. He was even forced to take up science in junior college which hindered his running performance.

“In India, you have to prove something to your parents in order to gain their trust or support.”

Yash suggests that beginners attain proper knowledge or if possible hire a coach beforehand to avoid any injuries as it would take their time for recovery and money. With this, they would have to start all over again which might even demotivate them in the longer run.

He wants people to be encouraged to start any physical activity at a younger age for their bodies to get shaped that way. He wants people, in general, to know what their body needs and regularly keep checking them. He shares an awful experience he had in 2018 when he underwent kidney surgery because a previous year he got hit by the season ball which caused a minute internal injury that grew as time passed by.